The primary function of a chimney is to draw smoke and gases away from the burning fire and out of your home. Since it is exposed to the outside environment, it is important to keep it in good repair to prevent water leaks and wildlife intrusions. A list of the most common chimney repairs done by Santa's Little Helper Chimney Cleaning and Repair are shown below. 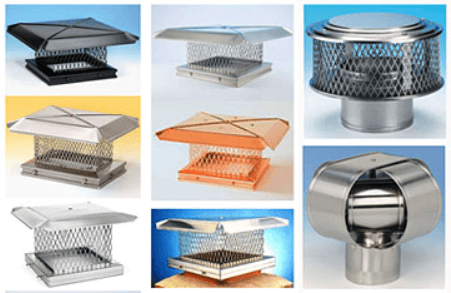 Chimney caps (fireplace caps) are so important to have on every chimney flue. Chimney caps, sometimes called chimney toppers, have 3 major benefits including:

Chimney flashing, or lack of it, is the major 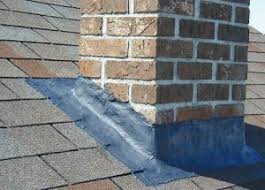 reason for calls about chimney water leaks that we receive. More often than not, the culprit is the chimney flashing — the sheet metal that keeps the intersection between the chimney and roof watertight. The flashing is sheet metal installed for the purpose of ensuring that the connection between the chimney and roof is watertight, but the effectiveness of flashing eventually expires. A leaky chimney can cause all sorts of problems which require costly repair. The best way to avoid moisture issues caused by flashing is to get an annual chimney inspection; every aspect of the chimney system is carefully inspected. 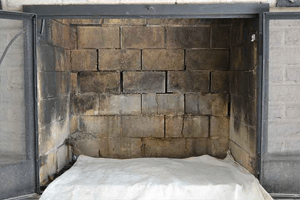 When you light a fire, you are igniting it in the firebox. The firebox is the area that surrounds the flames and is made with firebricks and high heat plaster called refractory mortar. Not all fireboxes are built with the correct firebricks or heat resistant plaster, and that is why some do not last as long as others. If there is crumbling in the mortar, loose bricks or air coming through the firebox bricks, do not use it. If the bricks are still intact and only the mortar needs replacing, Santa's Little Helper Chimney Cleaning & Repair can perform tuckpointing on the existing firebox.

So, do not delay... let us help you keep your family and your most significant investment safe. Call today to schedule an appointment!